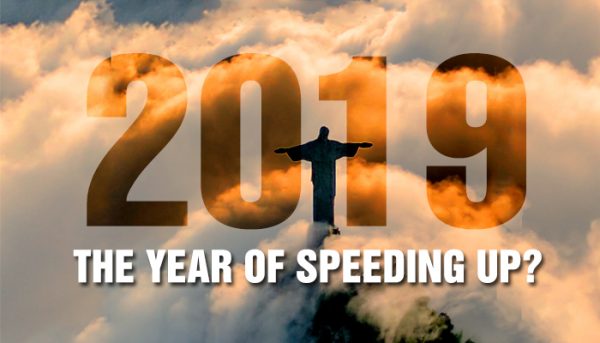 The last years were not easy in Brazil. Throughout Dilma’s administration errors upon errors in economic policy compounded with corruption scandals culminated in the impeachment of the “Presidenta” and the deepest economic crisis in Brazilian history. In Temer’s administration many of the errors in economic policy and the consequent imbalance in inflation and foreign accounts were corrected, an important reform in Labour Legislation was approved, but new corruption scandals prevented the approval of the Social Security Reform. Hence the imbalance continued in public accounts.

In spite of all that, and of the many political and economic shocs that disrupted the economy, denunciations by whistle blowers Marcelo Odebrecht and Joesley Batista, R$ 51 million found in Geddel´s bunker, the truck drivers´ strike, uncertainty caused by the coming election, rise in US interest rates and the American trade war – Brazilian GDP went up in all of the last 8 quarters.

It went up, but not much. This is where the good news come in. If the Tax and Social Security Reforms are approved as expected and if the world scenario does not get significantly worse, the Brazilian economy has all it takes to speed up in 2019.

The end of electoral uncertainty and the expectation that the new government shall adopt a more liberal agenda, reducing the weight of the State, is generating optimism in the business community. Several significant investments are being announced for the coming years. Last November the Industrial Entrepreneur Confidence Index (ICEI) of the National Industry Confederation (CNI) was the highest since 2010, when the GDP grew by 7.5%.

Inflation is stabilized close to the target, which means that save for a severe external crisis causing a strong rise in the dollar exchange rate, increasing the cost of imports and of the domestic inflation itself, the Selic rate – which is the lowest in history – should remain as is for some time. With the prospect of low and stable interest rates and confidence in the rise, it is probable that banks will increase the offer of credit, fueling consumption and investment, especially benefitting durable goods like real estate and vehicles, which in fact have already had a two-digit sales increase in 2018.

Besides credit, consumption should also be stimulated by the creation of jobs, especially for registered employees. From January to October this year the number of new jobs duly registered by employers went up 790 thousand workers. With confidence on the high in the business community, the generation of jobs will probably accelerate, and with it so will the mass of income and the consumption capacity of the population. On the other hand, unemployment is still very high, which should refrain salary increases and inflation.

With all that, if Reforms are indeed approved and if an international crisis does not materialize – which is the risk that worries me most right now – it is probable that the growth in GDP in 2019 shall surpass not just that of 2018 but also the 2.5% average expectation of economists.