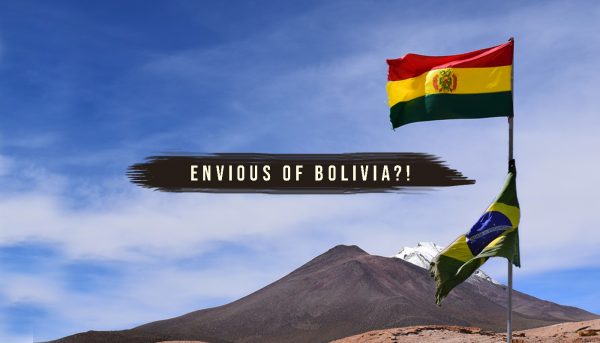 In 1980, each Brazilian earned an average 56% more than a Peruvian. Today the difference is just 14%; During this period all Peruvian former presidents were arrested, are hiding abroad or suicided in order to avoid being jailed for corruption.

In 1980, Brazilians earned an average 79% more than Colombians. The difference today is just 7%. During this period Colombia was plagued by a harsh war against drug trafficking and terrorism. 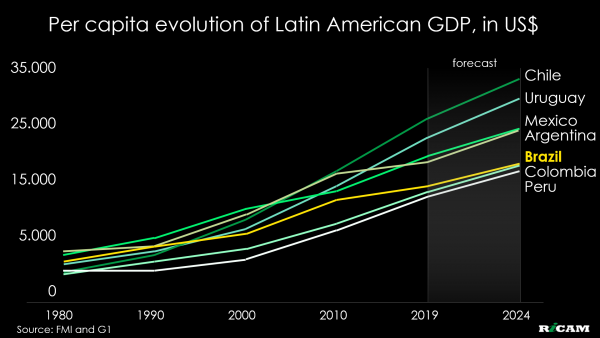 These two examples illustrate two very important points. Brazil did not have only one lost decade. Brazilian economy has been dragging its feet for the last 4 decades; its performance is even worse than that of our Latin American neighbours. For the last two generations we have been a submerging country.

Besides, contrary to what many people think, corruption and violence are not the only Brazilian fundamental problems, which once resolved will usher in the country’s long  awaited success. It is essential to tackle them, of course, but unless other equally serious problems are dealt with at the same time, the future of Brazilians will not be significantly altered. Countries with corruption and violence problems as bad as ours had a much better economic performance than ours. It is clear that other matters are also very important, and they were better than us at addressing them. 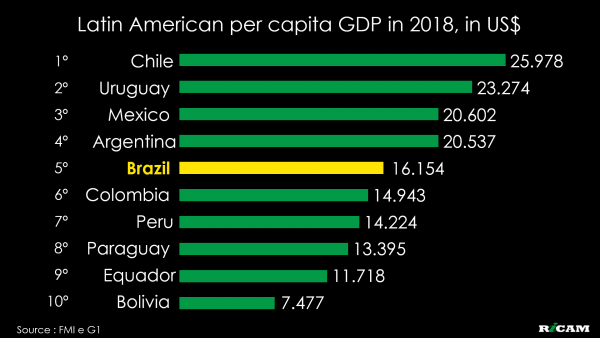 Incompetent management of the economy frequently favours regulations that people think help them but in reality impoverishes them all along. One example is the recent suspension of a readjustment in fuel prices. Without dealing with incompetence and with the privileges of those who appropriated the State for their own benefit – like all who receive pension benefits larger than the contributions can afford – Brazil will remain condemned to underdevelopment and Brazilians to its consequences.

Unless we substantially reduce the size of the State and its heavy weight on the private sector, and unless we substantially improve our basic education, we shall soon lag behind practically all our Latin American cousins in terms of per capita income. Chileans, Uruguayans, Mexicans and Argentinians already earn more than we do. Colombians and Peruvians are apt to overtake us in the coming years, Paraguayans and Equatorians will, too, in the next decade, and even Bolivians will, in the following decade, should the trend of the last four decades be maintained.

Envious of Bolivia? Is that what we want our children and grandchildren to be?