Lavish spending and the sinking of the brazilian economy 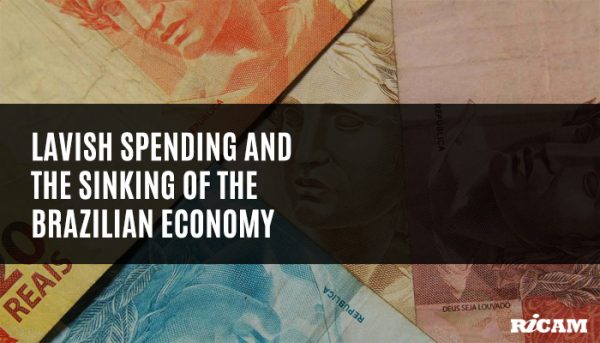 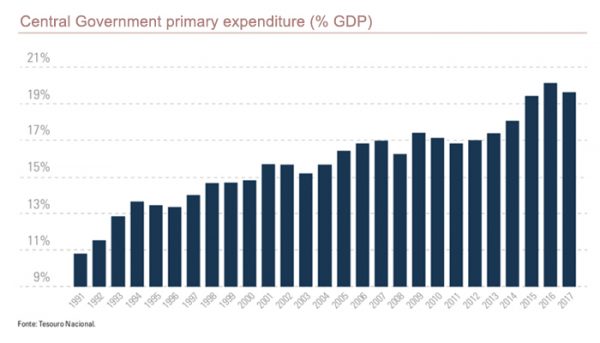 Maybe never before in the history of this country the expectations of a large part of the population on a new government were as big as they are now. Popular dissatisfaction with the terrible performance of the country and its consequences on the quality of life are easy to understand, but the factors that caused it are not understood by the majority of the people.

In the last 25 years, Federal spending – driven by expenses with the Welfare System and the civil service– expanded more than the economy. The trend in States and Municipalities was the same.  In Welfare, for instance, Brazil spends twice as much as rich countries – 14% X 7% of GDP – though its population is 8 years younger in average. Due to corruption, inefficiency, distorted priorities and privileges for some groups, the government spends a lot – but essential services are left without means. Only 3,8% of GDP are spent on Health, for instance, as compared to 6% of GDP in rich countries. Thus, more than 41 thousand hospital beds belonging to the national health system (SUS) were cancelled in the last 10 years. Another six beds are cancelled every day. On top of that, over 100 million Brazilians are not connected to a proper sewage system.

To pay for most of the increase in public spending, the taxes paid by businesses increased a lot – making products and services more expensive in Brazil than elsewhere – and the taxes paid by all Brazilians grew as much – dwindling the income left for consumption after paying taxes. With less productive investment and less consumption, the economy grew less. Consequently, the per capita income in Brazil, which used to be more than the World average, is now less. The average income of Brazilians now lags behind that of several other countries, including the Dominican Republic, Iraq, Botswana, Azerbaijan, Thailand, Turkmenistan and Gabon.

Besides, since public expenses grew even faster than taxation, the government dug deep into debt to afford them. Further indebtedness increased the expense with interest rates on the debt, further enlarging the gap in government accounts.

Due to the above, either the next President and his administration stand up to corruption and privileges and reduce public expenses on Welfare and the public service, really making room for investment on health, sanitation, security and infrastructure – or the lives of Brazilians will not improve significantly and on a sustained basis.