Time to save Social Security and Brazil 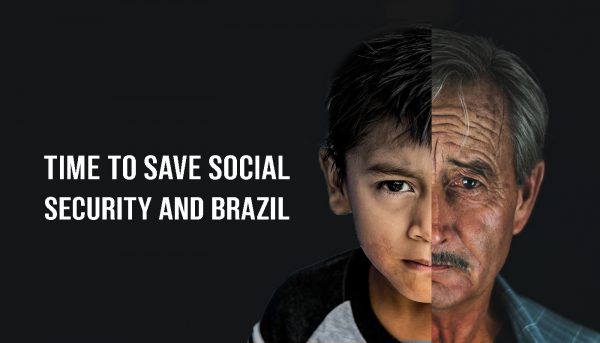 Brazil has many problems. No silver bullet will solve them all in a magic spell, but nothing will define the success or failure of the Brazilian economy and the Bolsonaro administration as much as the Social Security Reform will.

In order to work out the deficit in each system we have to add the total benefits and deduct the total contributions by employees and employers. In the case of the Public Service, since the government is the employer, we must discount its contribution. Even then, the deficit per retiree – that is, the portion of benefits not covered by the contributions – is in average 11 times greater than in the INSS (National Social Security Institute). Are Public Servants 11 times more important to the country than workers in the private sector?

The second point is the balance of public accounts. The Brazilian government got to a very high level of indebtedness. The debt and the interest fees it entails must not continue to grow, but it will, unless we properly reform Social Security. Only this year the INSS and the Federal Security System will be about R$ 450 billion short.

With the aging of the population and less children per couple, the number of retirees increases and the number of contributors will drop. Without the reform the deficit will only grow. The government will be R$ 500 billion short next year.

The reform proposed is not ideal, but it greatly reduces injustice and prevents the exhaustion of funds meant for infrastructure, security, health and education – or the exhaustion will happen in less than 15 years from now if current rules are maintained.

If approved as is, the project will result in savings of over R$ 1 trillion in 10 years and more than R$ 4 trillion in 20 years, allowing Brazil to spend on public services and boosting confidence in the country. We shall then have more jobs, economic growth, income and wealth for all.