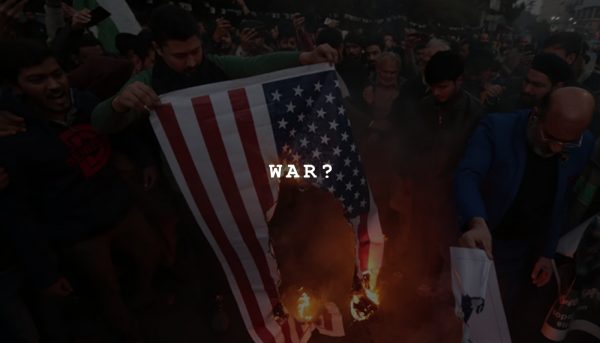 Common sense would make it seem that the US and Iran even more, have no interest in a war. The interests of their leaders Trump and Khameini, however, point in the opposite direction.

Trump will face an election this year. American history shows that American presidents are re-elected, if at war.

On the other hand, Khameini and his regime are fragilized and there is no better excuse to crush opponents than to unite the country against a great external enemy.

American economic sanctions corroded the purchasing power of Iranians last year, causing great dissatisfaction against the regime among the population.

Since the government needs money, fuel price went up 50% and purchases were limited to 60 litres per person. Whoever needed more than the limit would have to pay a 300% overprice. In one of the major oil producing countries in the world, this rise in fuel price was kind of the last straw to unleash popular dissatisfaction. For the first time ever, huge protests against the religious dictatorship which controls the country took place last November. Tens of petrol stations, bank branches and public departments were set on fire, internet was blocked and at least one thousand regime opponents were arrested.

The success of the American operation to kill Suleimani exposed the vulnerability of the Iranian Armed Forces elite, further demoralizing and weakening Khameini, If he does not react to the American attack his fragility will get even worse, which will encourage the opposition to overthrow him.

Khameini is cornered and does not seem to have other options to stay in power besides reacting to the American attack.

As for Trump, he is going through a process of impeachment and has an election coming ahead. He, too, cannot be demoralized by a possible Iranian aggression left without a response.