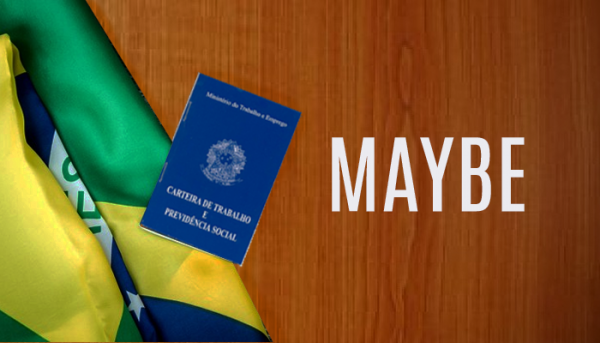 Think of a country where there is no limitation on labour outsourcing to perform a company’s  core activity or any supporting activity.

Imagine that, in that country, men and women may only retire after 67 years of age and, once they do retire, all they get in average is half the salary they used to make when they were still at work.  There is no half-fare for the elderly in that country.

Imagine there is also no 13th salary in that country.

Imagine that pregnant women are only entitled to a 12-week maternity leave, and that they are not remunerated during that period.

Imagine that employers can negotiate with employees whether they will work weekends and national holidays. No extra pay for night shifts, overtime, work on weekends or holidays.

Imagine that there are no free universities, no half-price tickets for students in cinemas, shows, theatres or other such entertainement.

Imagine a country where no-one has job stability, not even public servants.

Imagine a country where there is no FGTS, let alone 40% additional pay in the case of dismissal without  a just cause.

Imagine that in that country there is no limit to the number of hours workers may work. Their employers may arrange with them for whatever they wish.

Imagine that the minimum wage stays the same for 11 years, no readjustment.

Imagine there is no work record card nor Labour Courts.

Who would possibly wish to live and work at such a country?  Nearly everybody.  This country exists. It is the United Stated and its president is making an effort to prevent entrance to millions upon millions of workers from other countries who want to go and work there, every year.

With such rules, why should so many people risk their lives and why would others move there this very second if they could?  Maybe because for these and other reasons prices and inflation are far less than here, the unemployment rate is one third of ours and people earn, on average, 7 times more than here?  Maybe…