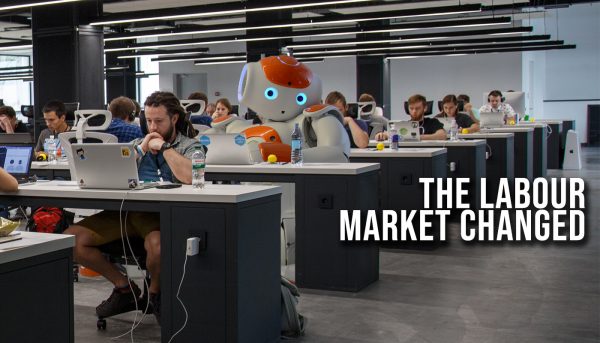 The business environment is challenging in Brazil. There is bureaucracy, high taxes and expensive financing. Despite all this, as a result of the deepest economic crisis in its history and a significant technological and behavioural transformation, the labour market reshaped itself. An increasing number of people became self-employed and entrepreneurs. Of the total number of workers in the workforce, only one out of three is currently regularly employed. If we add 65 million workers currently out of the workforce to the workforce, only one in five workers holds a formal job these days. Others are free lancers or work without formal registration.

Brazil increasingly resembles developed countries. Self-employment and entrepreneurship keeps growing in those countries as a result of new technologies and changes in society. Contrary to what happens in the developed world, however, we have much entrepreneurship but a shortage of labour laws to help innovation thrive. Even after the recent Labour Reform, our legislation still requires much modernization.

The labour market has totally changed from when the current legislation was created nearly one century ago. In those days, employees were the absolute majority of workers. They are now a minority. In practice, our old-fashioned labour legislation plus anachronic interpretation of it by the Labour Courts result in the vast majority of workers being jobless or in the grey market. With increasingly fast changes in technology, the problem will only get worse unless we adapt our laws. To keep pace with a world of artificial intelligence, robots, digital transformation, industry 4.0, shared economy and the whole technological revolution, we really need a Labour Reform 4.0.

More efficient technologies increase the profitability of businesses and the remuneration of workers, but only workers and businesses who participate in this movement. Failing to accompany the changes in technology and in society shall be deadly for businesses, for careers and for the country itself.

If Brazil does not adapt to the new times with a coherent legislation, we shall cut Brazilians out of the development of the next decades. We must reduce bureaucracy, improve legal certainty, curb taxation complexity and facilitate access to new markets, opening up the economy. Who could possibly stop such a Brazil?

For this to become reality, though, innovation is more and more needed in the very way of thinking. Technology, business models and the labour market have already changed, but the mentality of people is much harder to change.