The population is divided… criminals rejoice 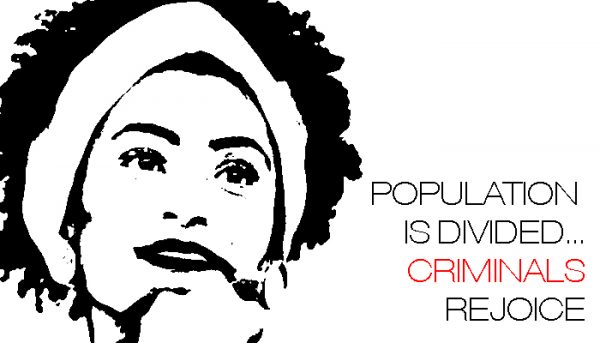 I am shocked by the way the political polarisation which prevails in the country now fuels and distorts the reactions of the majority of Brazilians to the murder of Marielle Franco and Anderson Pedro Gomes.

For the record, I disagree with the immense majority of positions defended on both sides. Still I cannot accept that so many people should say that “she defended criminals. Deserved to die.” If disagreeing from what I believe should be reason enough for someone to deserve to die, there would be no-one left in the world, not even myself, since I learn something new all the time and often change my beliefs.

Others ask: “with 60 thousand people murdered in Brazil each year, why should this case deserve so much attention? Just because she was a Council member?” No, it deserves attention because she was involved in the most recent attempt to combat violence and was executed. Her particular murder is notorious precisely because it seems to be a reaction from those who do not want violence to diminish. And if it doesn’t, 60 thousand lives shall continue to be lost each year.

On the other hand, neither can we accept that others, driven by the opposed ideology, turn her execution into the murder of a poor and black woman. As far as we know so far, her execution has nothing to do with that. Apparently, she would have been equally executed had she been a man, a rich and white man.

In short, for as long as each side uses her death to justify their own ideas we shall remain divided and paralyzed. And 60 thousand Brazilians shall continue to be murdered every single year.

How about we focus on what the vast majority of Brazilians agree and move on from there? For instance, how about making tougher laws on violence and corruption and seeing to their enforcement to reduce impunity?

Brazil is at a crucial crossroads in its history. The elections this year will define which course we take. If we are not capable of electing daring, brave, realistic leaders, driven by noble intentions and bent on uniting us all in a plan to make this a better country, we shall have missed a historic opportunity. To deepen divides, hatred and resentment will not solve our problems but make them worse. Whatever their personal ideologies, I am sure this is not what Marielle and Anderson wished for our future.