Recession is over. Is it? 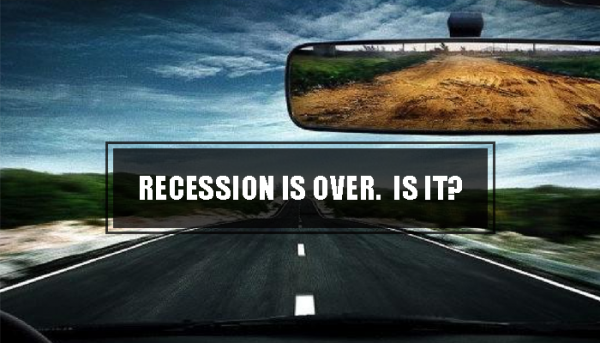 One day, Finance Minister Henrique Meirelles decreed the end of recession. The next day, the GDP was disclosed: the eighth consecutive quarterly drop and 3.6% shrinkage in 2016. According to the minister, these data show the past, seen on the rearview mirror, not the present or the future.

For as long as the driver rolls on a straight road without obstacles, driving based on the rearview may work. However, when curves or obstacles inevitably appear…

How then to shape a more realistic image of the future, more so than on a mere snapshot of the past? This is where previous indicators come in. They change direction before the economy as a whole does, pointing the way the economy usually takes next. It is as if there were other cars ahead, sending signals about the road to the car behind. The car behind would then have a good notion of the curves coming up.

A curve in the economy, this is what several leading indicators seem to have been showing. Recession seems to have stayed behind. Growth seems to be approaching.

Comparing January to December and discounting seasonality – the normal differences between different months of the year – there was a 1.6% increase in the traffic of light vehicles on highways, indicating that people are travelling more; supermarket sales grew 1%, showing recovery in consumption; corrugated paper sales indicate demand for packaging and selling expectations by the industry, and they grew 1.8%; intermediate goods imports, which also show industrial expectations, grew 1%; the production of motorcycles grew 9.1%. If sustained on all months of the year, come December these indicators would be between 12.7% and 184.4% greater than in December last year.

Recession seems to have stayed behind. Growth seems to be approaching.

In comparison with January 2016, industrial production grew 1.4%, the first rise in three years, and investment by foreign companies was the highest in history, signalling that “gringos” are more confident on our country than we are ourselves. Recovery seems to have continued in February. In comparison with January, seasonality discounted, the licensing of light commercial vehicles grew 11.6% and consumer confidence grew 2.5%. More confident consumers spend more, leveraging   sales. Selling more, companies take to hiring more workers, thereby increasing the income of consumers – which leads to more consumption, in a virtuous circle.

These data are not enough for us to be adamant about the future trend of the economy, but there are excellent reasons – decline in interest rates, and the prospect of increase in the availability of credit, which would in turn increase consumption and investment – to believe that all is in place to sustain recovery, unless a serious external crisis or a deepening of the political crisis prevent Social Security, Labour and Tax reforms from moving forward in Congress.

As a result of recession,   the drop in the dollar rate, and a super-harvest of foodstuffs, inflation is in free fall, which has allowed and will continue to allow the Central Bank to cut interest rates. The perspective that interest rates drop even further stimulates banks to loan before rates are even lower, which would reduce the profitability of bank loans – and this should make credit supply grow again, stimulating consumption and investment by companies. More consumption, more sales. More investment, more jobs.

A smaller number of people lost their Jobs in January. Most important and surprising is the fact that Paulista industries hired more than they fired, for the first time in nearly two years. Unemployment   is usually the last economic variable to respond to changes in the economy. Businesses need great confidence on recovery in order to go back to hiring. Drops in the unemployment rate in the first half of the year will be a surprise, but they should start   in the second half of the year and intensify throughout next year.

This is important  because the feeling that we shall have of the economy and of its impact on the lives of people along  2017 shall be a lot better than the variation suggested by the annual GDP. Besides, if the GDP effectively grows along the four quarters of 2017, the GDP of the fourth quarter shall be a lot greater than the GDP of the first quarter of the year, which shall cause the opposite   statistical effect on GDP figures for next year, inflating the annual growth rate, which may even help potential members of the current administration in the electoral race of 2018.